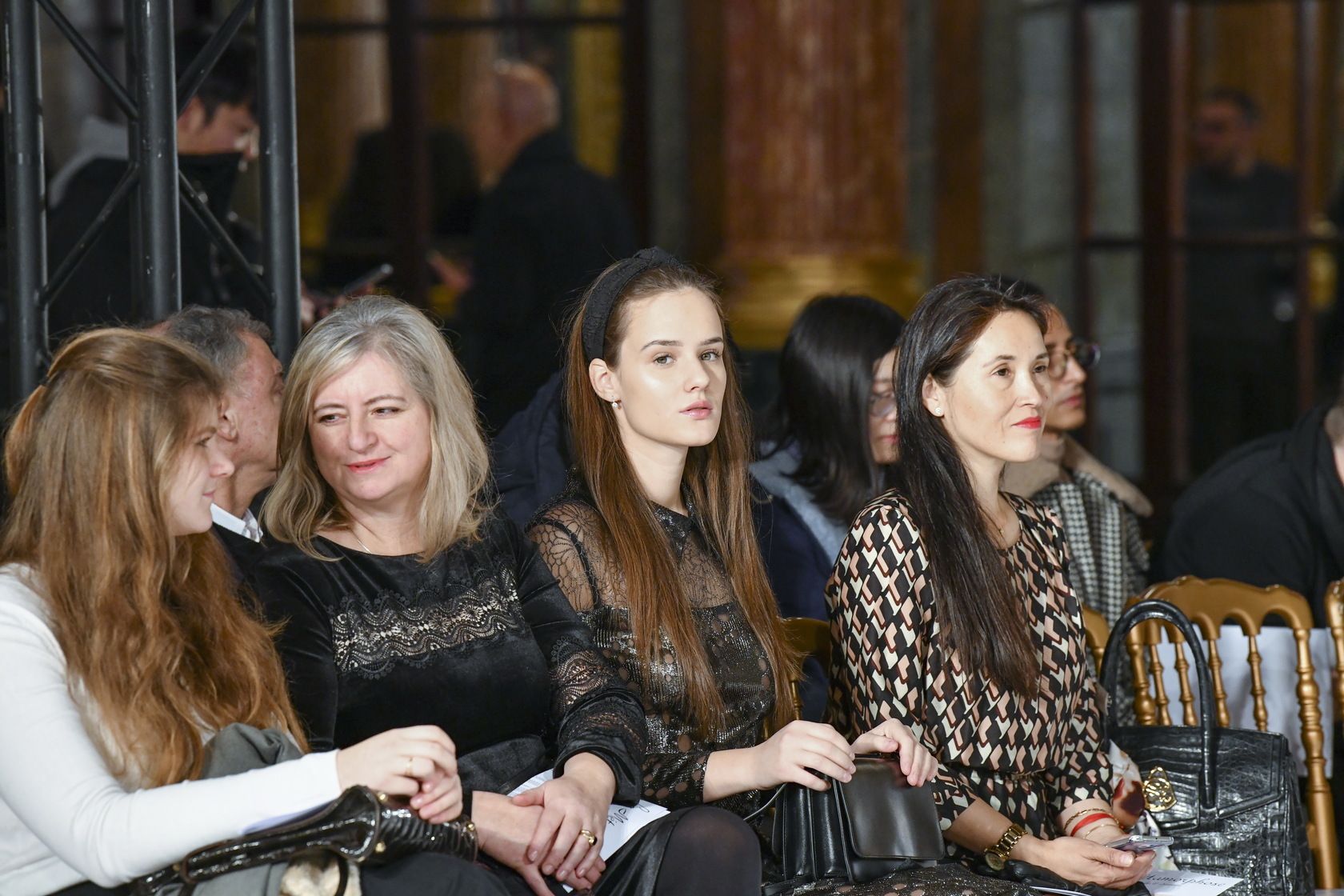 Paris fashion week HAUTE COTOUR, the best fashion designers, top models, celebrities and of course luxury brands - this is the Paris Fashion Week and thanks to the victory in the Miss & Mr. Look Bella 2018 pageant this could experience also Miss Look Bella 2018 Terezie Jastrzembska.

The prestigious fashion event was not missed by our official photographer, the world-renowned Arthur Koff, who showed Theresa backstage of this spectacular show. She has seen the backstage of top designers' top shows and has come close to the most popular top models. In a busy schedule, Terezie also found time to visit  well-known Parisian places like the Champs-Élysées and the Eiffel Tower, which charmed her with its distinctive atmosphere.

Miss Look Bella 2018 Terezie fits beautifully with the stars of red carpets with her beauty and has been shown in models by leading Czech fashion designer Beata Rajská.

Terezie has seen many shows - such as the Alexis Mabille show and his Haute Couture for Spring and Summer 2019, a showcase of Chinese fashion designer of Haute Couture Guo Pei. Magical dresses were presented by models (such as Zhenia Katava and Joana Sanz) at the Lebanese designer Zuhair Murad's show. Everyone would fall in love with these shimmering pieces, according to Terezie. The highlight of his show was the fancy, flashy wedding dress worn by the Russian model Alena Frolova. French fashion designer Alexandre Vauthier brought the essence of French charm to the wharf. Terezie could also look backstage at this show and watch as all the preparation for the show of such a format takes place and how it is handled by the models. Terezie visited a show of Lebanese designer Ziad Nakad full of femininity, pomp and gentle beauty.
Theresa was most impressed by the fashion show by Celia Kritharioti, a Greek fashion designer. “The whole show was not only about walking on the pier, but also about dancing and extravagance. The girls started in the air on the ropes and then the dancer in the heels. At the end, the model showed her a large, white-pink wedding dress, and a line of several pink balloons that had floated her veil to her head. ”

Life experiences included a personal meeting and a joint photo with the divine Lebanese designer and creator of dream dresses Georges Hobeika and the model Cindy Bruno. Thanks to the entry into the backstage, which enabled photographer Arthur Koff, Teresa managed to closely observe the preparation of makeup and hairstyling by Spanish top model Blanci Padilla.

18-year-old Terezie Jastrzembská experienced this all and much more during the five days at the most prestigious fashion event thanks to her victory in the Miss & Mr. Look Bella. She has met many modeling stars and leading fashion designers and could open the door to the international fashion world.

Miss Look Bella 2018 Terezie says about the week in Paris: “I saw unreal shows where my chin fell to the floor. Whole five days were an incredible inspiration for me. Thanks to the Miss & Mr. Look Bella, agency Prestige Models, and photographer Arthur Koff, who made me to go to Paris. I would also like to thank Mrs. Beata Rajská and the Perfect Dress Prague boutique for renting clothes. ”